Former traveling Christmas show finds a new way to share in communities across the state and beyond.

(Medora, ND) – The Theodore Roosevelt Medora Foundation (TRMF) is delighted to announce, in conjunction with three sold-out weekends of live shows in Medora, A Magical Badlands Christmas will be available for the first time ever through Livestream and On Demand platforms for folks to stream in their home when it’s convenient for them.

END_OF_DOCUMENT_TOKEN_TO_BE_REPLACED

Get your tickets for the Magical Medora Christmas tour!

We know you still have trick-or-treating and Thanksgiving to look forward to, but Magical Medora Christmas tickets are on sale TODAY and we just can’t hide our excitement!

This traveling Christmas variety show kicks off the day after Thanksgiving and spreads holiday cheer right up until Christmas Eve! During that time they will be performing 30 shows in 23 communities all over North Dakota and into Minnesota, South Dakota, and Montana!

See the 2019 Tour cast, book tickets, and learn more by clicking the big orange button below!

All the fun will be led by producer and star of the show, Bill Sorensen! He’ll bring magic and laughs to the tour as usual!

Back by popular demand, Queen of the West, Emily Walter! She’s been with the Magical Medora Christmas tour since it first started in 2015!

North Dakota native, Job Christenson, will also be back on tour! He’s a former Burning Hills Singer and host of the Medora Musical, and now a great fit in the Magical Medora Christmas tour!

Chad Willow is back on tour ticklin’ the keys, strummin’ the banjo, and adding vocals to the show!

New to this years Magical Medora Christmas tour is Kim Willow! The former Burning Hills Singer will join her husband Chad on this tour!

Also new to the cast is Travis Smith! He played piano and banjo in this year’s Medora Musical and will bring that talent on the road!

There ya have it, the complete cast of the 2019 traveling Magical Medora Christmas show!

To see the full tour schedule and get your tickets click the big orange button below!

(This announcement was for the 2017 tour of A Magical Medora Christmas. See 2018 Tour Dates and Information here.)

Four past and present Medora performers will entertain audiences during 28 shows, in 22 communities, across 4 states this Nov. & Dec.

The Theodore Roosevelt Medora Foundation (TRMF) is pleased to announce that A Magical Medora Christmas variety show will tour this holiday season across North Dakota, South Dakota, Montana, and Minnesota.

The family-friendly Christmas show will feature the musical talents of Emily Walter, Jared Mason, and Job Christenson, as well as the comedy and magic of Bill Sorensen.

Read on to see see tour dates and times!

END_OF_DOCUMENT_TOKEN_TO_BE_REPLACED

Hay rides, trick or treating, and a haunted house will be waiting for guests in Medora. Dinner, haunted house tickets, and lodging packages are available at Medora.com

Featuring special guest Sommelier, Dominuque Juliani, this exclusive, Italian themed event at Theodore’s Dining Room and the Historic Rough Riders Hotel gives guests the chance to experience wine and food native to Italy in the unmatched setting of the Badlands.

Experience and lodging packages are available at Medora.com

END_OF_DOCUMENT_TOKEN_TO_BE_REPLACED

It’s that most wonderful time of the year folks! Medora’s Old Fashioned Cowboy Christmas is this weekend, December 9 – 11.

Every Cowboy Christmas the town of Medora glows with wonderful Christmas lights as the smell of wonderful food wafts through the air during Saturday’s Eats on the Streets event!

It’s a weekend the whole family will enjoy, in a scene you won’t forget.

END_OF_DOCUMENT_TOKEN_TO_BE_REPLACED

On the first day of Christmas, Medora gave to me! 3 days of Cowboy Christmas, 2 nights of A Magical Medora Christmas, and one Bold St. Nick’s Fatbike Race! 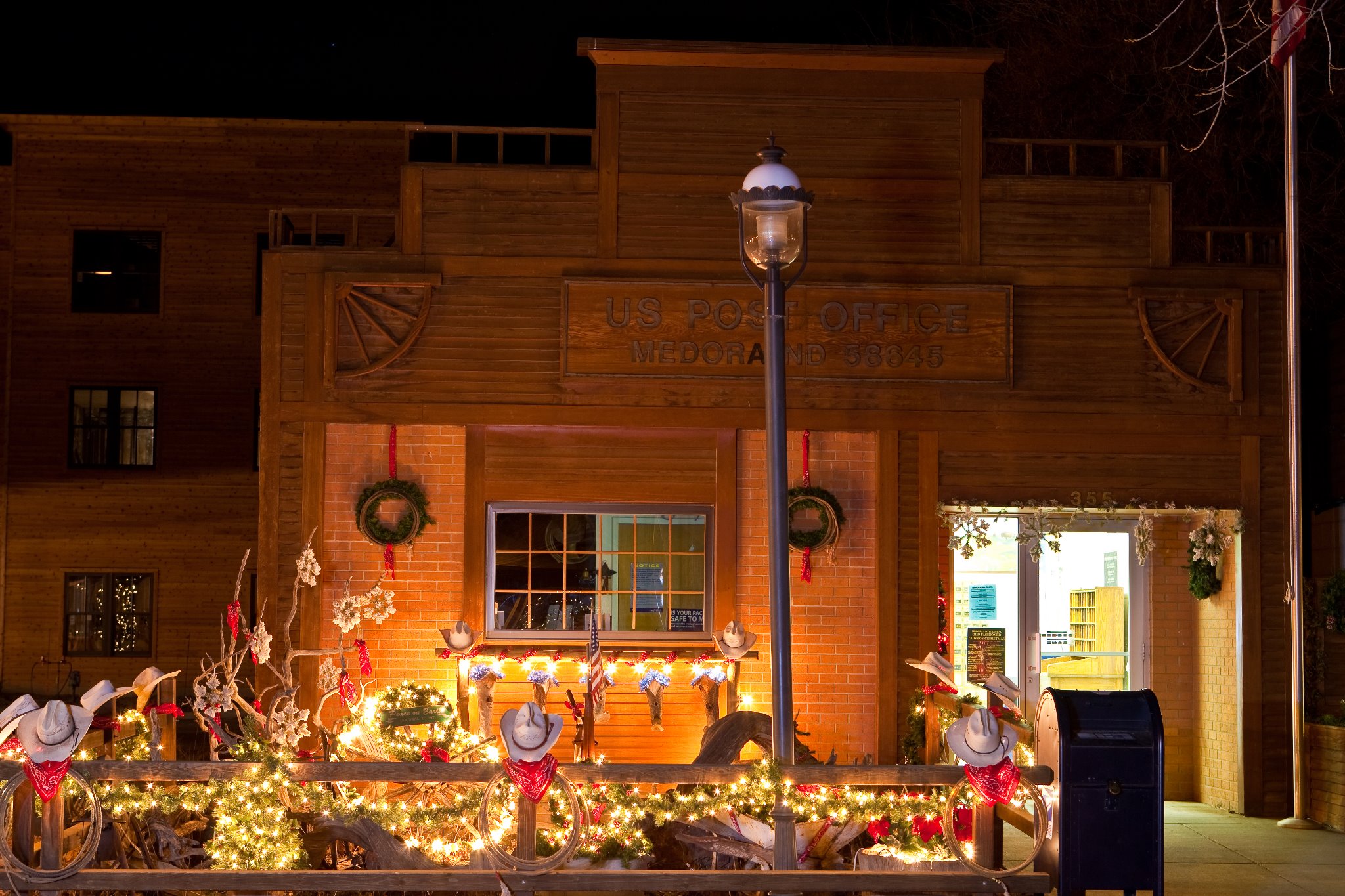